Day 1: An Overview
A quick look at the changing ideologies of contemporary art and architecture, and therefore why the writing has also changed via the myriad formats now available.

Day 2: The Art of the Interview
This session will delve deeply into the familiarity of research, the spontaneity of a conversation, and the art of bringing them both together in the writing of an interview.

Day 3: The Art Review with Dr. Ashrafi Bhagat
What does it take to write a compelling art review? Dr. Ashrafi, a curator and art critic, shows you how.

No form of writing is as contested as criticism is, particularly architectural criticism. At the core of its practice and the main reason for its ambivalent reception is the judgemental tone it carries. Unlike theory, criticism is always evaluative, and for that reason, it is often questioned by clients, architects, readers and academics. However, criticism in some form or the other seems sought after and prevalent. Why does it appeal and also repulse? Is it that it is seen as a mere suspicious reading of a building? Is it capable of doing something more? How can meaningful criticism prevent itself from slipping into what Jacob Silverman would call “vapid negativity and vacuous cheerleading”?

The presentation will look at these questions in the context of architectural criticism. It will first lay out what the practitioners of this craft continue to think. Walk participants through different views about criticism, including those who believe it is of no consequence. It would ask whether there are alternative ways of knowing and relating to a building than by critiquing. Is it possible to practice architecture writing, as Rita Fleski would ask in her book “The Limits to Critique,” using the “language of attachment, passion, and inspiration”? In all this, how does a personal statement transform into meaningful insight?

In short, the participants would get an overview - a glimpse into the world of architectural criticism as it is practised currently. The takeaways could be broad ideas about the knowledge required, the craft involved, methods used and the struggle in architectural writing.

Writing on a Building - or a Project Review - as one can call this - is a most widespread form of architectural criticism. By tapping into one's own experience of actually visiting the building (along with the architect where possible), or with the knowledge of a conversation with the architect, one can establish a semblance of project demands, design intents, actualized ideas, and disappointments, to construct a commentary on the built work that side-steps the oppositions of a mere abstract criticism or the mere reportage.

This mode of writing - where one is journal like - draws on the connections one is able to build as a critic and historian, seen in light of the direct challenges of the real world and with empirical empathy.


In each of these Sriram will deal with some techniques, the ideas that the colonialists wanted to impress on the locals and the colonial assumptions they made on Indian styles and building methods.

Praveena Shivram is an independent writer based in Chennai, India, and has written for several national publications, including The Times of India, India Today, The Hindu, The Swaddle, Open Magazine, Biblio: A Review of Books, Asiaville, and Culturama. Her fiction has appeared in the Open Road Review, The Indian Quarterly, Himal South Asian, Out of Print, Jaggery Lit, Desi Writers’ Lounge, Spark, Chaicopy, and Helter Skelter’s anthology of New Writing Volume 6. She is one of the highly commended winners of the Commonwealth Short Story Prize, 2009, and is the recipient of the Barbra Naidu Personal Essay Prize, 2017. Till recently she was the Editor of Arts Illustrated, a pan-India arts and design based magazine, and currently curates and edits the Lockdown Journal Chennai. She holds a PG Diploma in Social Communications Media from Sophia Polytechnic, Mumbai, and an MA in Writing for Performance and Publication from the University of Leeds, UK. She is a single mother of two children and an occasional powerlifter.

Ms.Ashrafi S. Bhagat. Ph.D., was the Former Head, and Associate Professor Department of Fine Arts, Stella Maris College, [Autonomous] Chennai. She is an Independent Art Historian and Curator, an Art Critic and an Author. She has to her credit a research paper titled, “Lineage of Abstraction within the Madras Art Movement” published in the book “The New Art History: Studies in Indian Art” [2003], a book on seminal sculptors of Madras “Sculptural Configurations: Retrospective Progressive” published in April 2003 [OUP].She has written monographs on eminent Madras artists as A.P. Santhanaraj, K.C.S. Paniker, S.G. Vasudev, R.B. Bhaskaran, P. Perumal, R. Vardarajan, K.S. Gopal et al. She was invited by the MARG journal to be Guest Editor for a special edition on South titled “The Contemporary Art of South India” published in December 2010. She writes on modern and contemporary art in newspapers, magazines and journals. She was invited to be an Art Historian Residence at Concordia College, Bronxville, New York State in 2011, and in 2012, invited to a Visitors Programme to Germany sponsored by Max Mueller Bhavan Chennai to visit the Berlin Biennale and the Documenta at Kassel. 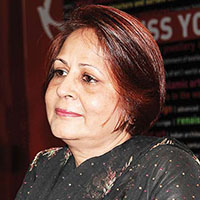 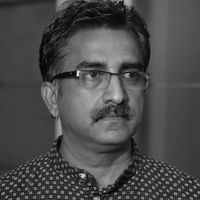 Dr. A. Srivathsan is an architect and urban designer, and currently Director, Center for Research on Architecture and Urbanism, CEPT University Ahmedabad. He was previously the Academic Director of the University, and before that taught for a decade and worked as a senior journalist with The Hindu, the national newspaper. His research and writings include the themes of urban history, planning policies and contemporary architectural practices.

Sriram Venkatakrishnan is an entrepreneur, columnist, music historian and heritage activist. He writes in the The Hindu and is Editor of Madras Musings, the fortnightly brought out by late S Muthiah, the city's best-known chronicler. He is currently one of the four Secretaries of the Music Academy, Madras, in which capacity he is the Convenor of its Annual Conference. Sriram's blog Madras Heritage and Carnatic Music is a popular site for trivia on the two subjects that he writes on. He was also Convenor of the Chennai Chapter of the Indian National Trust for Arts and Cultural Heritage during 2012/13. 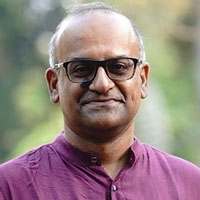 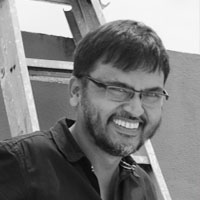 Suprio Bhattacharjee is an Architect, Writer/Critic and Pedagogue. He has taught in various architecture schools in Mumbai, prior to his move to Chennai in late-2018. During his time in Mumbai, he founded his own architectural practice S.BAU. Currently, he is the Studio Director of Chennai-based practice architecture RED. He is a Guest Writer for the DOMUS India magazine and his writings have appeared in publications such as TEKTON and INside amongst others.